In Memoriam of Arlene Dee Smith

Arlene was the only child of Lorainna Evelyn and George Richard Anderson born in September 1939 in Lynwood, California. She attended LAUSD Public Schools graduating from Lynwood High School, and years later she proudly continued her formal education by earning a Master’s degree in Business from UCLA. In 1958 Arlene married Frank William Lorenz; together having two sons, Rich and Kenny, and a daughter, Lori. In 1980, Arlene married Ronald Wayne Smith, and with his two sons, Wayne and Chris, they became a blended family of 7.

With a highly successful career in the Los Angeles, California banking industry Arlene retired in 2001 after 25 years as the Director of the Training Department at Bank of America (initially Security Pacific Bank) managing over a hundred employees across 11 States including the management and control of a budget over one hundred thirty million dollars ($130,000,000.00). Arlene had a passion for art – Ceramic Art. She embraced teaching ceramics along with every aspect the Ceramic Industry had to offer. She got “hooked” on ceramics by her mother at the age of 9, eventually leading to opening her own storefront studio in 1992 with her husband Ron in Brea, California. With multiple ceramic manufacturer certifications (Duncan, Seeley, Hanovia, Olivia, and Unique/Satellite) under her belt and her friendly manner along with her undeniable enthusiasm and knack for training people the studio became very successful. In addition to teaching at her studio, she became a Duncan Ambassador in 1995. In 2003 she sold the business to be able to focus solely on her “true love, which is teaching”. Being a Duncan Ambassador brought more opportunity to teach the world about Duncan products; she took that ball and rolled with it – unequaled by no one. In fact, she wrote “I feel very fortunate to be able to touch so many lives, both in our studio and in my travels within the United States, England and Australia. She was the guest speaker or teacher at several Ceramic Conventions, including CCSA (Contemporary Ceramic Studio Association). Additionally, in 1993 she joined IADCCT (International Association of Duncan Certified Ceramic Teachers) and immediately became an active and vital member of the local Southern Stars Chapter and that was just the beginning. With time after holding many positions and offices she became their President and still held the current title of Ceramic Retreat & Regional Coordinator. Her involvement in her Chapter did not go unnoticed, she was appointed to Chair on IADCCT committees. Eventually after holding several IADCCT Board positions she was elected International President in 2015 and again in 2017. Arlene was the recipient of the prestigious IADCCT Cleo Curtis Award in 2006 as well as the Rosemary Bodenheimer Award, IADCCT Award, and IADCCT President Award twice. She also received the Southern Stars Shining Star Award, their highest honor two times as well. Arlene currently held the title of President of the IADCCT Ambassador and Desert Spice Coyotes Chapters and Treasurer for the Cyberflyers Chapter. Recently Arlene was honored to have one of her latest designed projects “Envision Sunflowers” oval platter featured on the cover of Mayco’s “The Best of Duncan Fired Assortment” brochure. Her greatest joy in her own words was “to see the expression of amazement, pride and accomplishment on a student’s face when they see their finished pieces”.

Arlene is survived by her 2 sons and their spouses, Richard and Andrea Lorenz, Kenneth and Heather Lorenz; and daughter Lori Lorenz; 2 stepsons, Wayne Smith and Chis Smith; and 15 grandchildren; and 10 great-grandchildren.

She was preceded in death by her husband, Ronald Smith; parents, Lorainna Evelyn and George Richard Anderson; and ex-husband, Frank William Lorenz.

Arlene will be missed by her family and friends as well as the many, many ceramists who had the privilege of knowing her as a teacher, mentor, and advocate for Ceramic Education and the Ceramic Industry. Donations may be sent in her memory to the Southern Stars Chapter of IADCCT, Norrah Andersen Treasurer, 1604 Sandalwood St., Costa Mesa, CA 92626 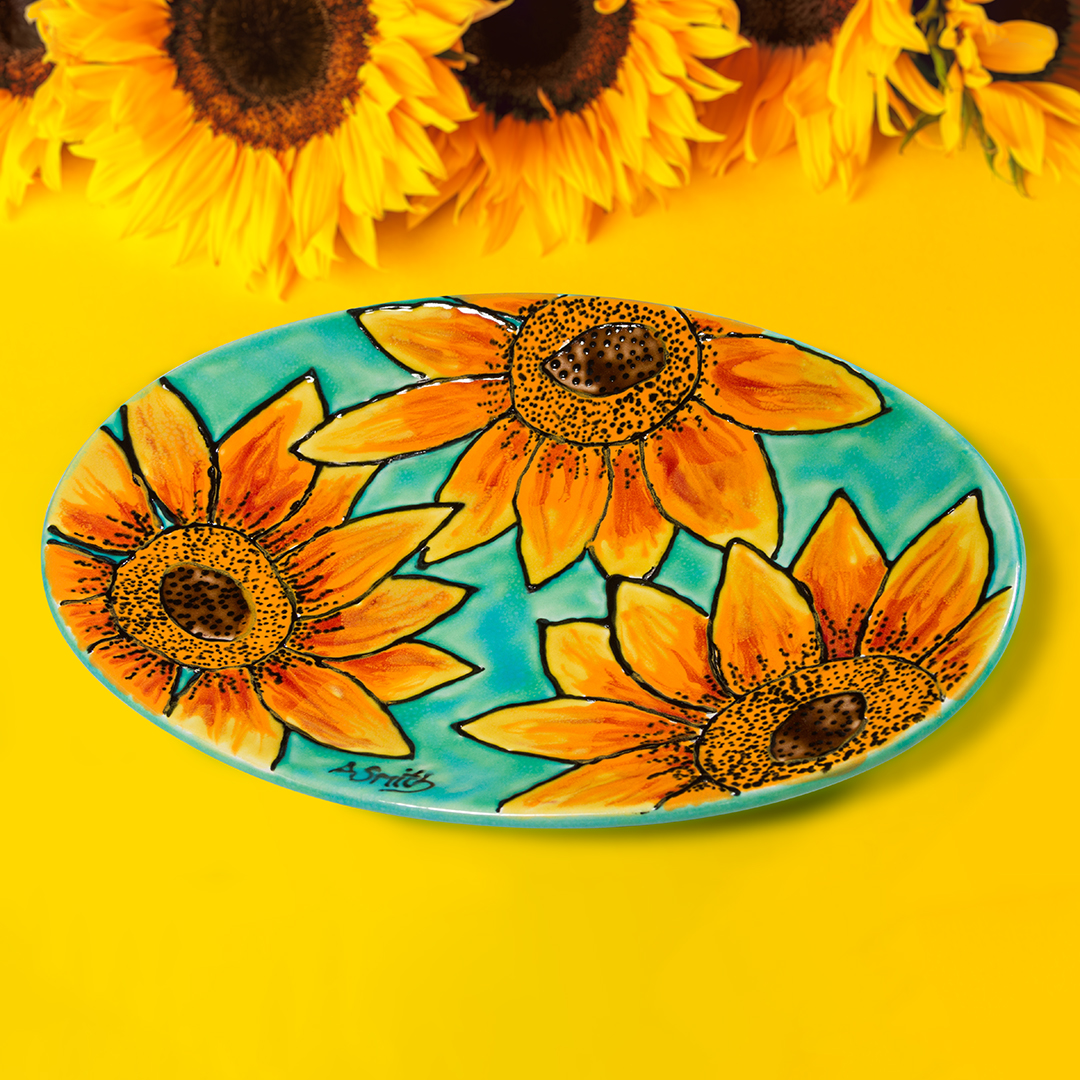 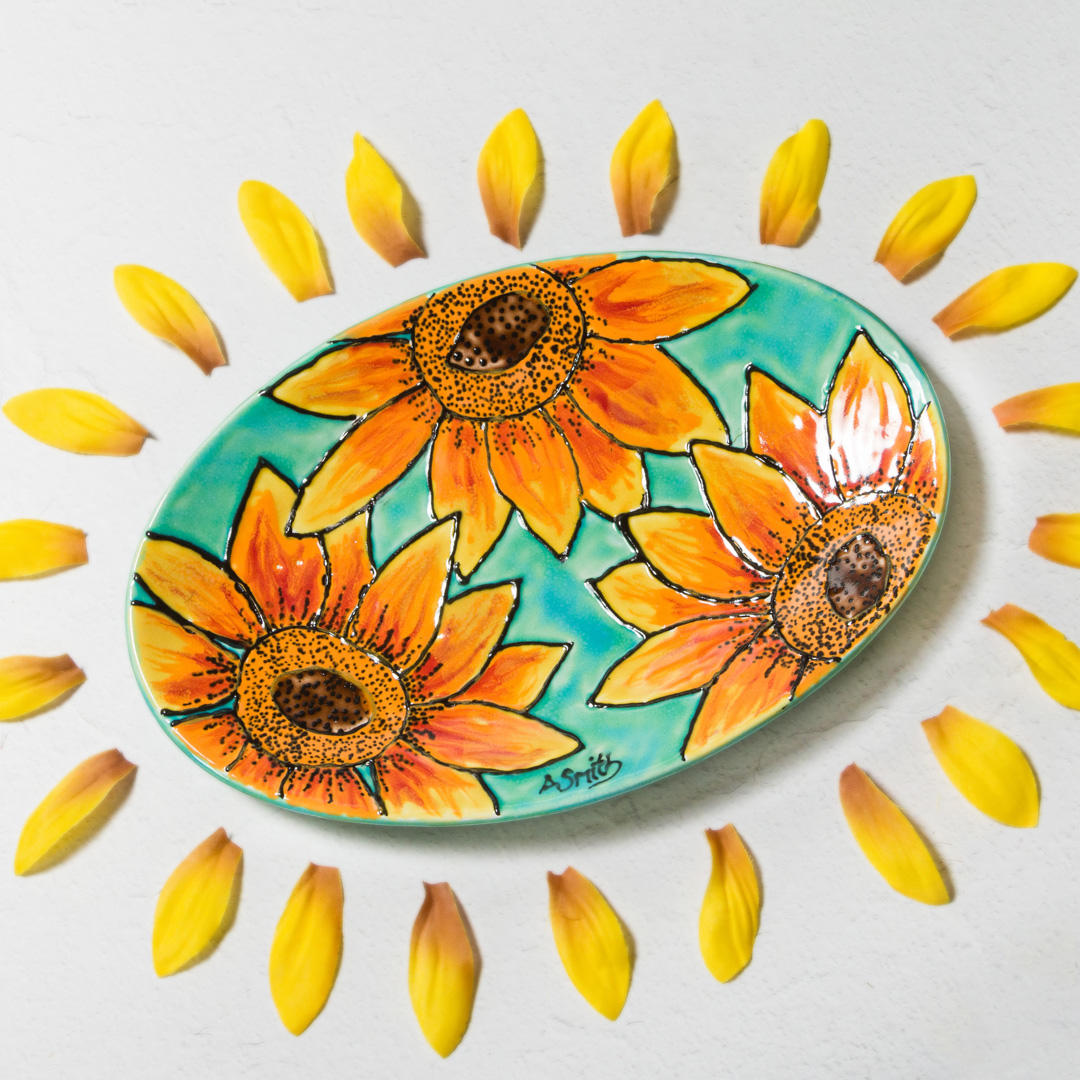 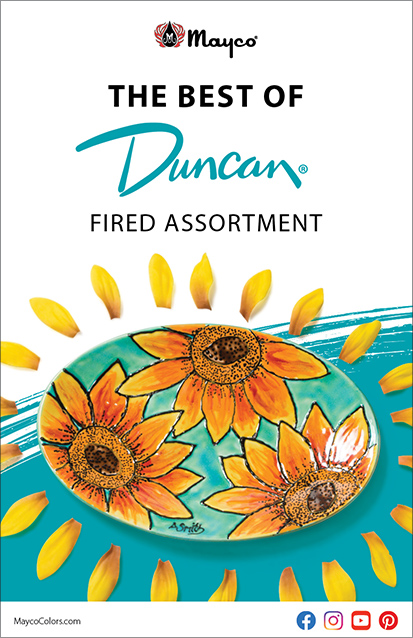